where is yosemite national park

Yosemite National Park is located in eastcentral California, east of the city of Modesto, California. 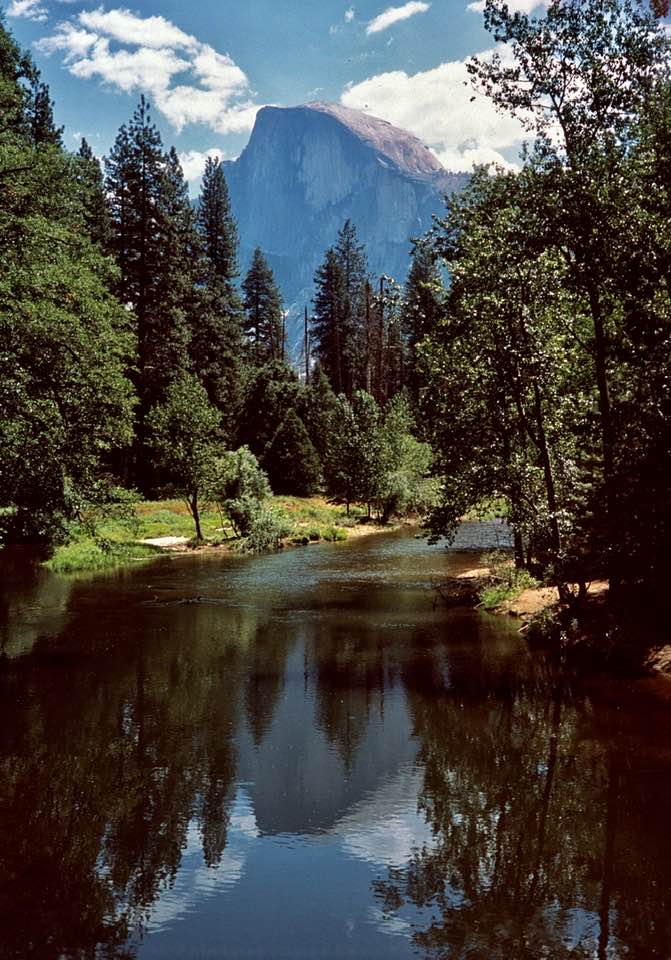 Getting Here
The closest major airports are Oakland and San Francisco, California and there is a smaller airport in Modesto, California.

You can travel in the park via personal vehicle, bicycle, tour bus. Free shuttle bus service in the eastern end of Yosemite Valley (year-round), between Wawona and the Mariposa Grove of Giant Sequoias and from Tuolumne Meadows to Tenaya Lake (summer only).

The first application of a park concept originated in Yosemite with the grant of 1864 (Federal land given to California for preservation) signed by Abraham Lincoln and since that time the park has played an important role in pioneering park management concepts.

Yosemite National Park possesses outstanding recreational values and supreme scenic attractions, including alpine and subalpine wilderness, three groves of giant sequoia trees and thundering waterfalls that are among the world’s highest. Yosemite was the birthplace of the idea of the Sierra Club and plays an important role in wildlife preservation and preserving biological diversity.

Yosemite National Park is a world heritage site which has made a significant contribution to California’s cultural heritage, to the national park movement, and to Yosemite’s 4,000 years of cultural heritage by Native Americans. The park provides solitude and inspiration and serves as an outdoor classroom for environmental education.

Size and Visitation of Yosemite National Park
Yosemite National Park embraces almost 1,200 square miles of scenic wild lands set aside in 1890 to preserve a portion of the central Sierra Nevada that stretches along California’s eastern flank. The park ranges from 2,000 feet above sea level to more than 13,000 feet and has these major attractions; alpine wilderness, three groves of Giant Sequoias and the glacially carved Yosemite Valley with impressive waterfalls, cliffs and unusual rock formations.

Yosemite National Park is open 24 hours a day, year round with the highest visitation in June, July and August and the lowest in December, January and February.

Accessibility
The park’s major sites can be viewed by automobile. Some trails and facilities are wheelchair accessible.

Basic Visit Recommendations
Stay for a minimum of four hours to tour Yosemite Valley. It would require at least two days to visit to all sites and areas in the park.

Yosemite National Park embraces almost 1,200 square miles of scenic wild lands set aside in 1890 to preserve a portion of the central Sierra Nevada that stretches along California’s eastern flank. The park ranges from 2,000 feet above sea level to more than 13,000 feet and has these major attractions; alpine wilderness, three groves of Giant Sequoias and the glacially carved Yosemite Valley with impressive waterfalls, cliffs and unusual rock formations.

Is there a “best” time of year to visit Yosemite? It depends what you’re looking for. Weather varies year by year, sometimes dramatically, and that affects the wateralls, wildflowers, and road openings.

There are nearly a dozen paved bikeways that wind through the eastern end of Yosemite Valley.

Yosemite is home to variety of birds. The most commonly seen birds include the Stellar’s jay, American robin, Brewer’s blackbird, acorn woodpecker, raven, and black-headed grosbeak. In spring, listen for the splendid glissade of the red-wing blackbrid (most often seen in meadows) or watch the American dipper dart in and out of creek and river rapids.

Fishing regulations for Yosemite National Park follow those set by the State of California, including the requirement that a valid California sport fishing license must be displayed by all persons 16 years of age and older who are fishing in Yosemite National Park. Licenses must be plainly visible, attached to outer clothing at or above the waist line. To obtain licenses and additional information, inquire at concession facilities in Yosemite Valley and Wawona.

Yosemite’s streams and river fishing season is closed until the last Sat of April. The only exception is Frog Creek near Lake Eleanor where fishing season doesn’t open until 15 Jun in order to protect spawning rainbow trout. All lakes and reservoirs are open to fishing year round.

There are some special regulations that apply within the park:

No live or dead minnows or other bait fish, amphibians, non-preserved fish eggs, or roe may be used or possessed.
Fishing from bridges and docks is prohibited.

Food service and groceries are available in the park and in surrounding communities.

Pets must be kept on a leash. They are not allowed on trails, beaches, in the backcountry, or in public buildings. Campers with pets are restricted to Bridalveil Creek, Crane Flat, Hodgdon Meadow, Upper Pines, Wawona, White Wolf and Yosemite Creek campgrounds. A boarding kennel is available at the Yosemite Valley stables during the summer.

Besides the outdoor pools available during summer at Curry Village, Yosemite Lodge, and Wawona Hotel, swimming is permitted in all bodies of water in the park except Hetch Hetchy Reservoir and above waterfalls.

Weather can change rapidly during all seasons of the year. Elevation plays a major role in temperature and precipitation. Most of the moisture comes in the months of January, February and March, and the winter climate is relatively mild. Sierra summers are typically warm and dry. April and November are transitional months, when warm, sunny days can suddenly become stormy. Clouds can build up during the summer to produce spectacular thunderstorm activity.

It is wise to pack for any season with clothing that can be “layered”, ready to peel off or add on as the thermometer dictates. Always include some kind of rain gear.